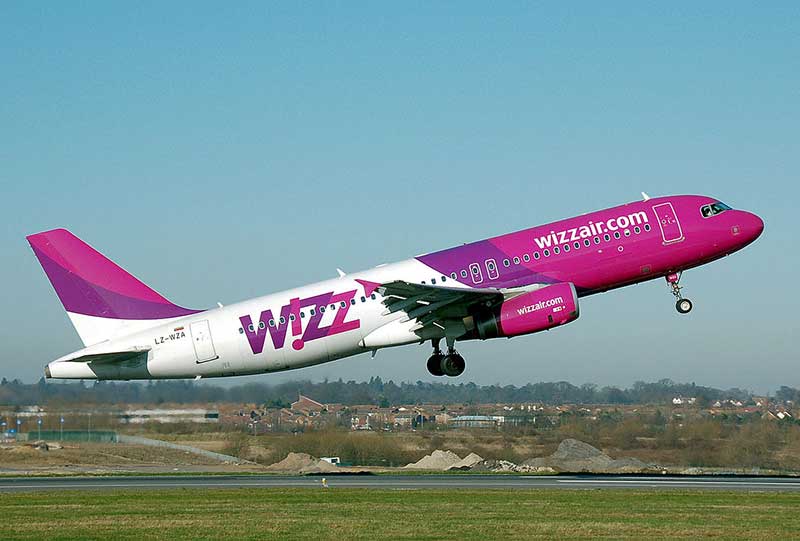 Wizz Air UK, a member of Europe’s fastest growing airline group, announces special fares for Cobalt customers whose flights from or to Larnaca, Cyprus or Athens, Greece and any London airport were cancelled following Cobalt’s bankruptcy.

Affected Cobalt passengers can take advantage of a special fare with Wizz Air UK, which operates daily flights from London-Luton to Larnaca and Athens, of EUR 89/GBP 79*. This rescue fare is valid for travel up to 9 December 2018 and is subject to availability on each flight. Bookings can be made via Wizz Air’s special rescue fare site at https://wizzair.com/#/rescue. Customers will need to provide evidence of their bookings with Cobalt for the Larnaca/Athens-London routes.

Wizz Air, the second largest airline at London Luton Airport, has a total of more than 8.5 million seats on sale on its London Luton routes in 2018, which represents a 13.8% year on year growth and connects London Luton with 53 destinations in 26 countries.

Wizz Air UK Managing Director, Owain Jones, said: “Wizz Air is pleased to welcome onboard new customers whose flights from or to Larnaca or Athens and London were cancelled following Cobalt’s bankruptcy, at the special fare of EUR 89/ GBP 79*.  The number of seats at this special rescue fare is limited, but our regular prices on our network of 53 destinations from London Luton to 26 countries, including daily services to both Larnaca and Athens, are intentionally low every day, allowing ever more customers to enjoy great value and friendly service on board Europe’s fastest growing airline and one of Europe’s youngest fleets.”